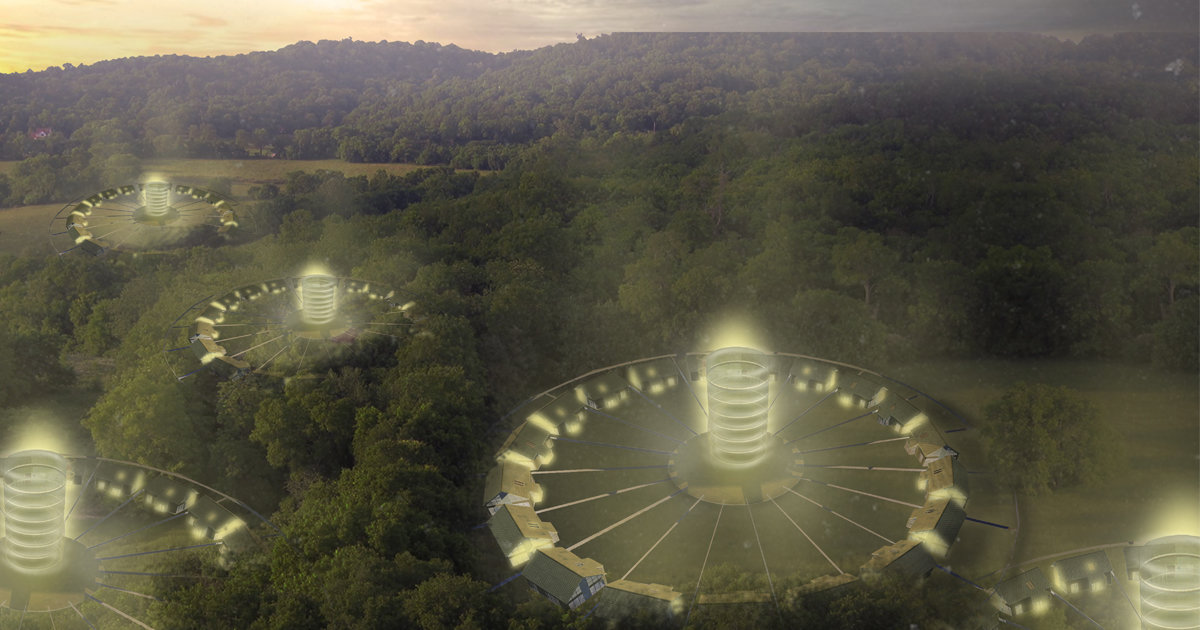 Our vision
It is a certainty that Măgurele will be a high-tech city, using the most advanced technology. In our vision, the current small town will develop as to become Bucharest’s scientific appendix, and, probably, Romania’s technology center. Firstly, as many people will come here for scientific research purposes, we propose solving the living problems that include living quarters, commercial, cultural and educative centers, and large green spaces for leisure. Besides the actual research institute's buildings, plenty of others will rise up. All of these put together will make an eco industrial park based on green buildings and aiming at sustainable development. The main free resource that Măgurele possesses and we have used for every construction is the sun energy. A city based on solar energy will grow near Bucharest: private cars and public transport, personal residences and office buildings, will all be based on green technology.
At its south side, Măgurele borders 1st December port, part of the former Bucharest-Danube canal. Such proximity might prove of strategic importance, as the present town could turn into a commercial hub in the following decades.
The project Laser Valley - Sun City runs in three steps:
I. The design of the research and innovation campus includes: collective housing (one hotel and several apart-hotels) for those staying here for short periods, office buildings, one commercial center, cultural and educative buildings, all of them placed in the west side of the forest, between the current DN 5 and the future Bucharest- Giurgiu highway. Also, individual housing will develop south of the current forest for those living here for longer periods. At the same time, Măgurele’s current inhabitants will be encouraged to get involved in the town’s transformation.
II. In a second phase, the extension of the current Physics Institute will lead to the emergence of other neighborhoods micro-centers. Such evolution will create the need for more green energy. Using water from Ciorogârla River would prove a suitable solution for this purpose. What is more, landscape planning will allow a better use of the current premises, avoiding the need for territorial expansion.
III. As Măgurele will become an attraction point for investors and companies, the space between 1st December current neighborhood and Măgurele will become the main expansion direction for Bucharest. Thus, collective housing and industrial buildings will appear.
Social integration. A new strategic approach to technology transfer
The difference between the locals and the newcomers will be a delicate subject to tackle. To avoid later obstruction caused by the increase development of the ELI-NP project, we propose a strategy that includes informing the population about the technology which is going to be used and how this technology will ease their daily life. One of the first steps in teaching people from Magurele about green energy is providing every house with photovoltaic panels.
The local inhabitants are involved in activities related to agriculture. The second stage of the project which will start 5 to 10 years from the project’s launch will aim to develop new agricultural schemes, based on high technology. The land surrounding the city and which mainly belongs to the local population offers the possibility of eco-friendly and bio crops. The entire development of the project will turn Magurele into a revolutionary center for agriculture and innovative technologies in the Baragan plain.

Transportation system
The development of local transportation in already established for the next 10 years and it involves the introduction of new metro lines in Bucharest, and also the expansion of the entire system with new ones. The M6 metro will have a stop very close to the administrative edge of Magurele. Also, the BRT will connect Gara de Nord to the center of the city, leading to the Institute as well as to the Research Center. Moreover, the master plan we propose will implement the String system. This system is based on using electrical wiring as a means of generating power for vehicles of transportation. The developers of the String system explain that its main advantage is the low cost (it is 3 to 10 times cheaper than a traditional train, a Maglev train or a highway) but it is also very efficient (a 80kW engine or 107 horse power one could be enough for a String vehicle to carry 20 persons at a speed as high as 250 kilometers per hour.
In the public green areas people would be able to travel by bike, but this kind of transportation will also develop in the next 20 years towards the use of computer-based and photovoltaic powered ones. In order to travel the longer distances inside the city, such as a big green are in between the building, people would be able to use the one-line railway powered by human force. The system is made up of transparent capsules which are suspended and which travel along the path powered by people paddling. It can reach a speed of up to 50 kilometers per hour.

Bucharest - Magurele - 1st December - Danube
This aspect is to be developed in the last stage of the project, following the idea of Magurele becoming the Sun City and also a center of research in the field of subatomic physics which will generate a lot of interest from international scientist as well as tourists. In this stage the transportation will happen on water. Furthermore, by connecting the city to the Danube, we can open the way to new types of industries and commercial exchange using mainly ecological energy (50+ years from now).

This park is situated in the western part of the forest, between Bucharest-Giurgiu highway and DN5. It is divided by the periphery road of Bucharest. In the south part of it, a new dwelling and housing neighborhood will be built in the south part of it in order to accommodate scientist living here on the longer term. The housing units will have a radial layout, generating small communities, surrounded by loisir spaces. They will be connected to the Research Institute with an underground highway which will reach the surface through grass elevators, which will also serve as light signals during the night. In the north part, the terrain is higher, and this will be the place where all the collective dwellings will develop. They will be mainly used by scientists coming here for shorter periods of time, and will also include parks, open-air stages, and office buildings for the Research Center. 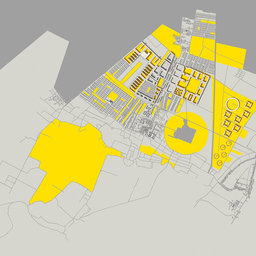 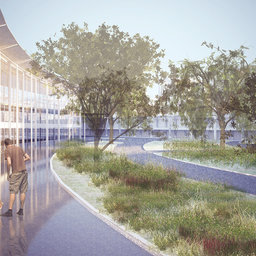 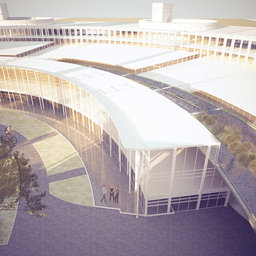 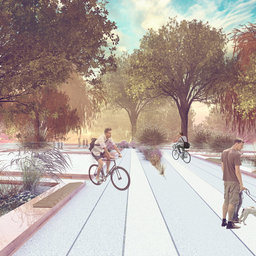 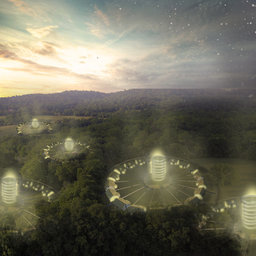 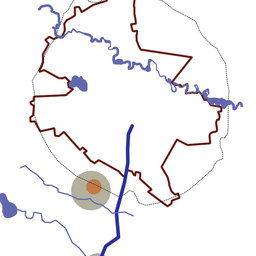 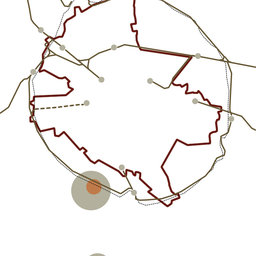 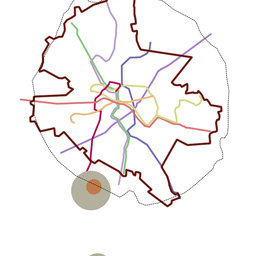 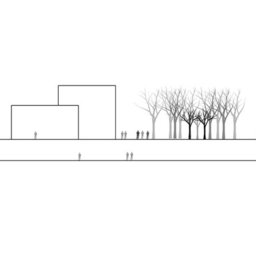 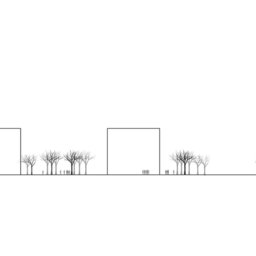 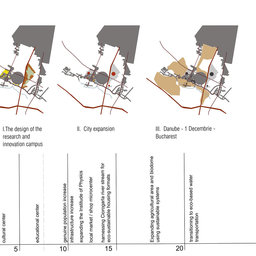 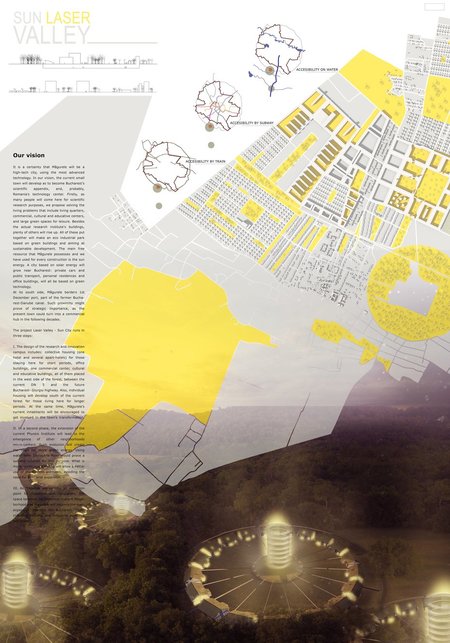 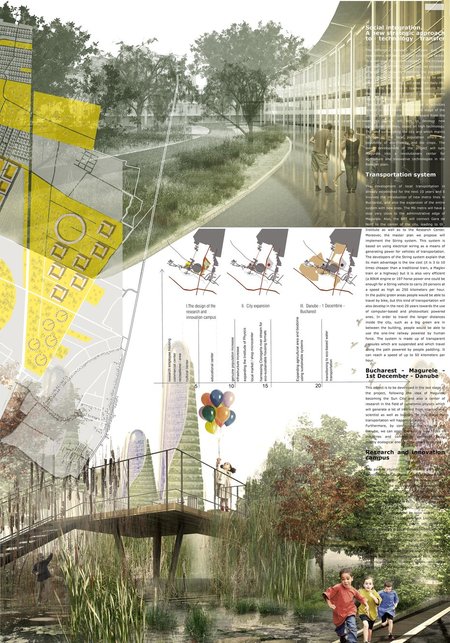