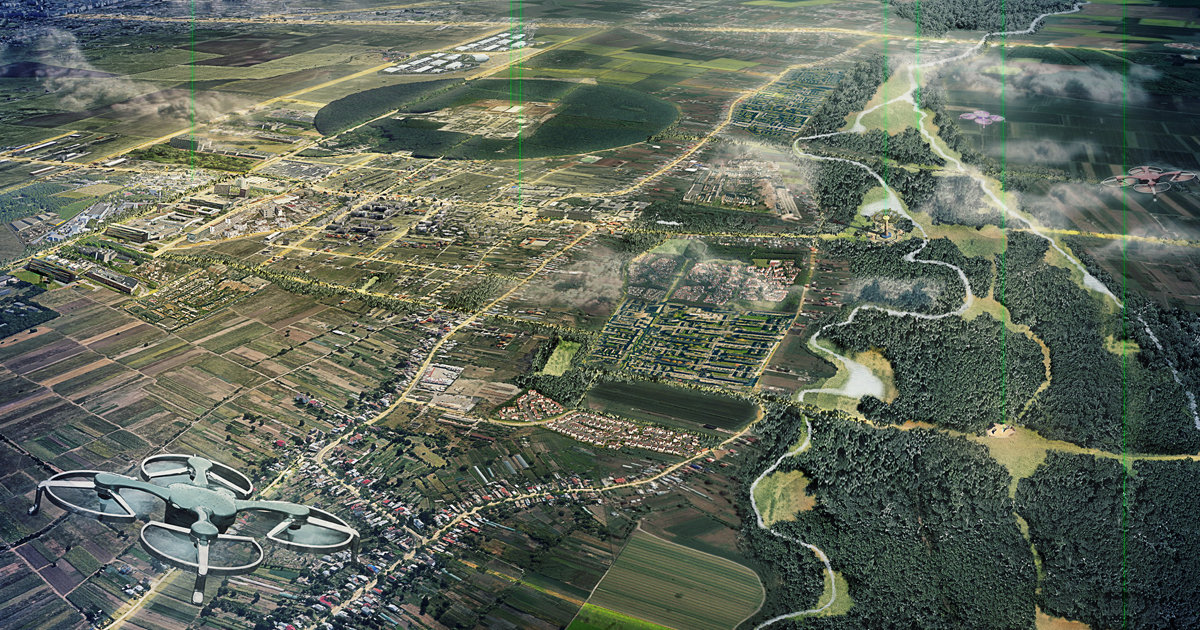 Măgurele – The Full Spectrum
The town of Măgurele is an urban centre south of Bucharest that is characterised by a series of elements which describe advantages and disadvantages as well. In our process, we began by identifying them both by direct observation on the site and by analysing the context in which the town is situated. These factors have been divided into five categories that were further addressed in our proposal:

Environment and climate change
Regarding the green infrastructure south of Bucharest, it may be noticed its fragmentation and scattered development as against the well-developed North of the capital and Ilfov county, so it becomes of utmost importance that this territory is equipped with a strong green system including a coherent recreation and leisure area as a major regional park for the South of Bucharest.

Infrastructure and connectivity
Mobility should be planned in the broader context of Bucharest and Ilfov County to counteract the present unbalanced accessibility within the entire region. While the more developed North is connected to different types of transport infrastructure: roads, rails, highways and airports, the “forgotten” South is crossed by local and national roads only and by obsolete and underused or even abandoned railways and railway facilities.

Social and economic structure
The social and economic structure of the town of Măgurele is characterised by a slow but continuous increase, yet lagging behind the developed North. While in the North, the area comprising localities such as Otopeni, Voluntari and Pantelimon up to 90,000 inhabitants, the Bragadiru – Măgurele – Jilava area in the South has only approximately 50,000 inhabitants, which makes it a potential pole only.

Research and development
The research and development theme is extremely important for Măgurele, as the town has a long tradition in this field, being an important scientific and innovation centre with several research institutes already existing here. Moreover, the implementation of the ELI – NP (Extreme Light Infrastructure – Nuclear Physics) Project is bound to trigger further investments and development in science and technology fields, providing new opportunities for an innovative development of the urban area and its surroundings.

Governance and territorial connections
While the east – west axis in the southern part of Romania linking Craiova – Bucharest – Constanţa (and the Black Sea) became lately a representative one for the Southern Romania due to important investments in transport infrastructure, the north – south axis linking Ploieşti – Bucharest – Giurgiu (and the Danube) is still a potential one, only partially achieved (the Northern half).

In order to address all these development opportunities and needs, we opted for the Master Plan approach so that we could offer an integrated vision over Măgurele and the surrounding communities.

VISION 2035
Summer of 2035 has been a busy time in the Valley. With the inauguration of the new port facility, Southern Bucharest – the successful small towns’ cooperative that includes Măgurele – has completed its transport infrastructure. It now has all the pieces in a complex inter-communal puzzle of cooperation aimed at transforming the area into a European science and creative economies hub.

The last two decades have seen major transformations for Măgurele. Now it is an important physics advanced research centre, but also a regional technology powerhouse, attracting international players in pharma, optical engineering and industrial robotics fields. Building on its scientific identity, the town has also invested into a series of iconic facilities. Such is the Spectrum Science Centre, a former defensive fort that is now used both as a science museum for children and a conference venue for new technologies.

Working together with neighbouring towns, Măgurele has managed to develop the Valley Park, a major leisure area made of forests, wetlands, meadows and bike routes that also function as an alternative transit infrastructure throughout Southern Bucharest. Back to 2020, the Town-Hall had the idea of a partnership with the Faculty of Physics for building public playgrounds in the park. These were science inspired and focused on principles of: optics, mechanics, electromagnetism and thermodynamics. Since then, the playgrounds have become a relevant weekend attraction for metro Bucharest.

By far, the most important local event is the annual Science Fair, hosted in the Spectrum Centre. This transforms the entire town into a festival ground hosting an array of smaller connected venues. One such venue is the “Clinceni to Măgurele Laser Slalom”, a local sport, invented by the local “geeks”, that involves navigating student-built drones through a spectacular laser based obstacle course.

TARGETS
Măgurele – a competitive town with an economy based on research and development.
Taking into consideration the foreseen attractiveness of the ELI – NP project, it is justified to expect a further development of the city’s economy based on the new research environment that will be established here. For these we propose a new zoning scheme that comprises new residential areas, new centres for education, new clusters for research institutes and technology oriented companies, as well as new leisure poles.

Măgurele – an efficient city, attractive for its inhabitants, with an informed, cohesive and active community which enjoys a high quality of living standards
One of our main concerns has been to ensure that all local communities have easy access to general services in a walking distance that will reduce unnecessary traffic. The town of Măgurele could also be closer to its inhabitants by looking after people with special needs, such as disabled people, disadvantaged groups or the unemployed.

Măgurele – a town connected to the major territorial infrastructure which provides it with a sustainable form of mobility through an integrated and effective transport system
Being part of the Bucharest Metropolitan Area, the city of Măgurele should be efficiently connected to the country’s capital. Introducing a metropolitan train on a modernised ring railway of the capital or a rapid bus lane to Bucharest North railway station could be some of the fastest and most efficient way to achieve this. Furthermore, in the city of Măgurele the local mobility should be based as much as possible on the public transportation using electric buses, as well as on the non – motorised transportation such as cycling and walking.

Măgurele – an environmentally friendly town which promotes a healthy lifestyle by means of efficient energy use and low CO2 emissions
We propose an integrated system of parks and green corridors that should be connected to a major regional park linking the Argeş, Sabar and Ciorogârla rivers as well as the Cornetu forest to the other green and blue areas in the surrounding localities. In addition, this recreation pole could also be a major attraction for the population of Bucharest by adding a system of cycling together with the systematization of the Argeş river for leisure means of transport on the water.

The south of Bucharest – a balanced region with a public administration open to partnerships, which follows the principle of transparency towards its community
The quintuple Helix model describes a new network of local actors based on partnerships among education, industry, government, media – based and culture – based public, civil society and natural environments of society. Such a model should be implemented in the management of the city, but the idea of partnership should also be regarded in a broader context, since we believe that connections among the municipalities south of Bucharest could be the solution for establishing a strong knowledge and innovation pole south of Bucharest. 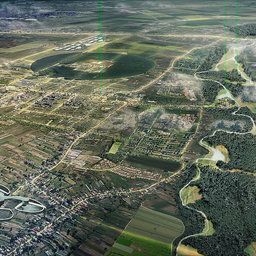 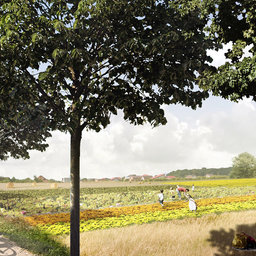 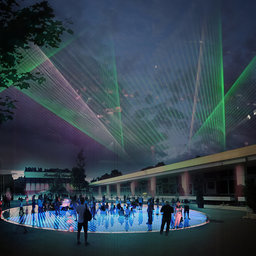 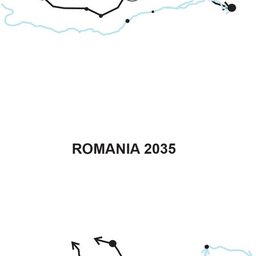 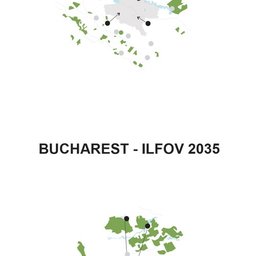 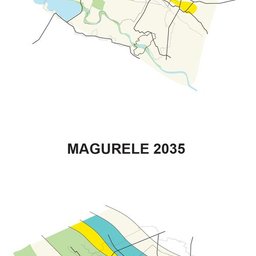 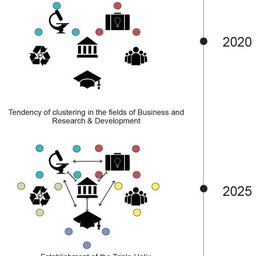 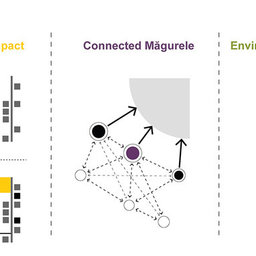 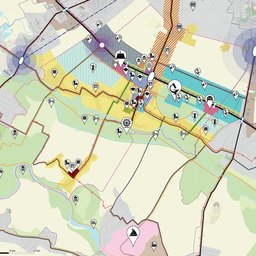 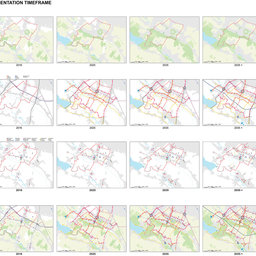 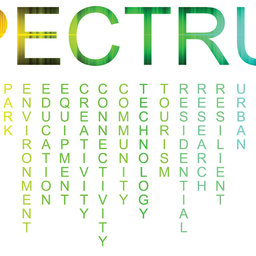 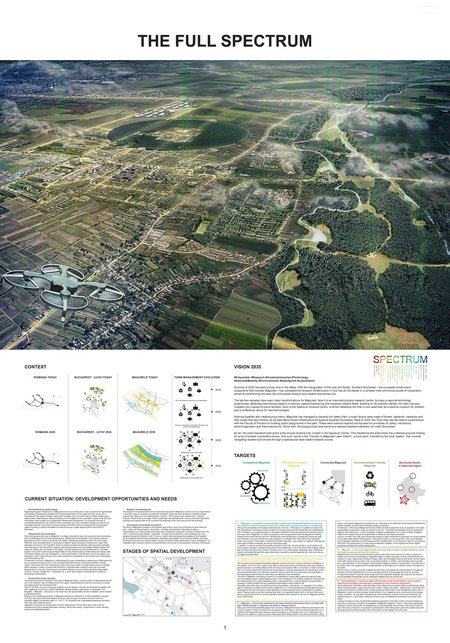 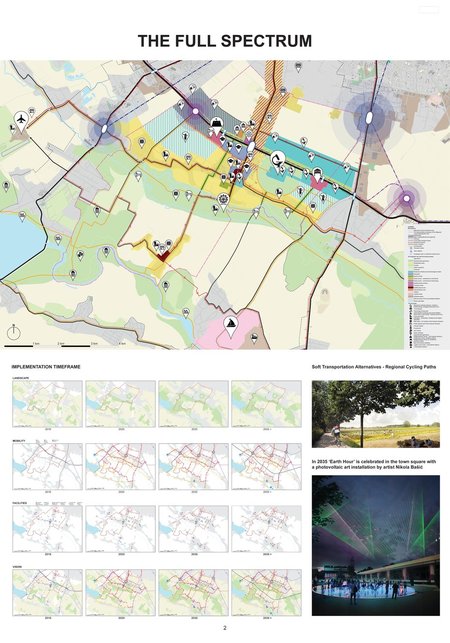