Home Projects No limits – the paradox of boundaries 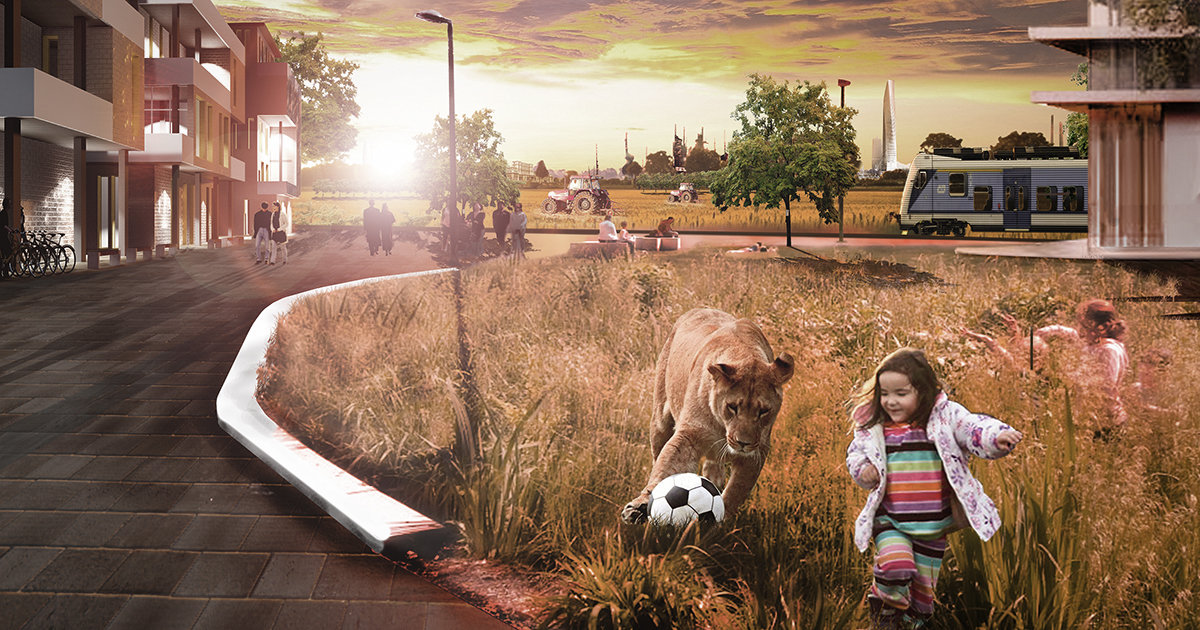 No limits – the paradox of boundaries

Urban developments survive in time only if they form a continuous structure, together with the natural and anthropic context. This is the main characteristic of an organic growth and this is how this project is being conceived.
Each basic unit has a limit, just as each cell has a coating. In the case of a territorial unit, its limits can be natural (a river, slopes or forests) or anthropic (roads or railroads). Smaller units unite to form a major unit, that also unite to form even bigger units. The difference between units is made using quantitative (size) or qualitative (functions) criteria. Every unit is an entity that is uniquely defined in its own being, it has its own characteristics and it is uniform. But in order to create harmony between entities there is a need for communication, one that breaks the limits of the entity and is getting better by communion.
The concept of a sustainable, resilient and limitless development rests upon basic identitary units. These units are formed as a result of five hierarchic levels of selection. At the bottom of the hierarchy, there is the level of major green corridors, the ones that are vital for the existence of species and their reproduction. These are mainly Natura 2000 sites and their protection area. The first level consists of major transportation corridors: roads and railroads. They are not supposed to intersect and divide any Natura 2000 site. The second level is the one of rivers and blue-green corridors, as well as forests and their protection area. At the intersection between level one and level two, the former will allow the continuous flow of populations by overpasses, tunnels or tangent canopies. The third level consists of local transportation networks, the ones that are not supposed to intersect any level three corridor. The fourth level is the network of forest canopies, used for agriculture, road protection or urban alignments. This matrix of forest strings is regulated by national norms and it has the purpose to connect the second level of green corridors. The final is the layer of human development and amenities, the local administrative units.

Overlapping all of the five networks, we can analyze and highlight each small unit, as well as the main disfunction. We introduce the six levels of limits, but the final result is a structure that has no limit: no limit for development, no limit between natural and urban features.
The urban form of the new research campus has three components: the research buildings in the middle of Magurele forest, the flats that densify Magurele and regenerate the degraded socialist town and the new campus, between the forests of Magurele and Alunisu and a high tech neighborhood that has no limits to the natural surroundings. This urban forms prove to be compact and will be designed according to the transit oriented development standard, being connected to Bucharest through tram-train lines. This is also the main transport mean, linked to Bucharest metro by interchange stations at the railroad penetrations (Gara de Nord, Berceni). The terminal stations of the tram-train network will be connected by non-motorized paths that cross the forest and create opportunities for recreation.
The amenities are placed according to the scheme presented above. The research facilities will be placed in the forest, and the flats will be placed in the two opposite sites: inside and outside Magurele. All of the other amenities will be placed in the centre of Magurele and help its regeneration. The system of parks and recreation sites is, in fact, developed along the main green corridors: tree canopies, forests and green-blue corridors. They are not treated as anthropic landscapes, but more like natural ones, blending the natural systems to the one of anthropic development. The connection between the port of 1 Decembrie and Bucharest will be made through a new railroad, built upon the site that was dedicated to it.
At the end of the following two decades, Magurele area will be a model of an organic development and an example for the generations to come. 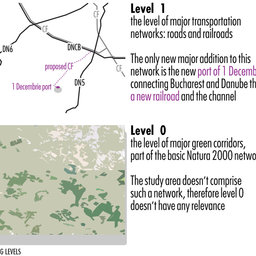 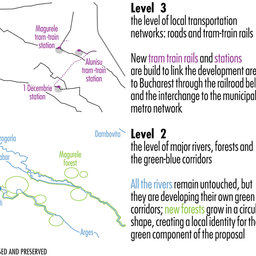 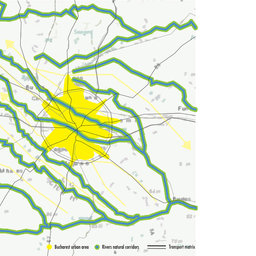 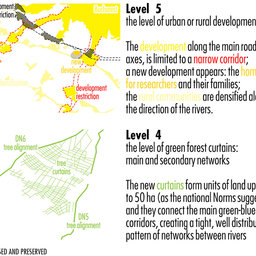 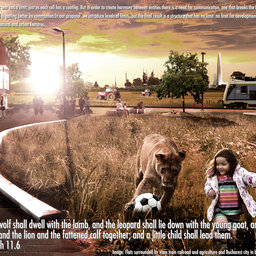 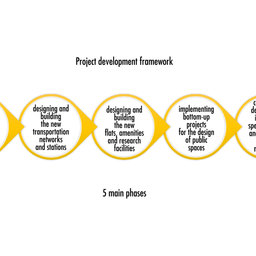 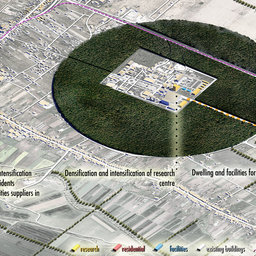 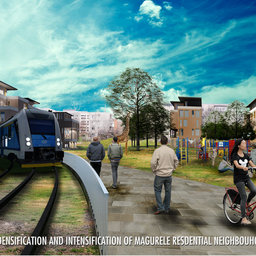 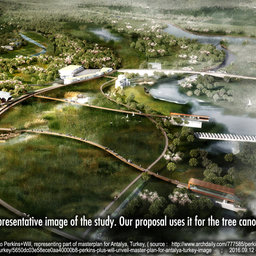 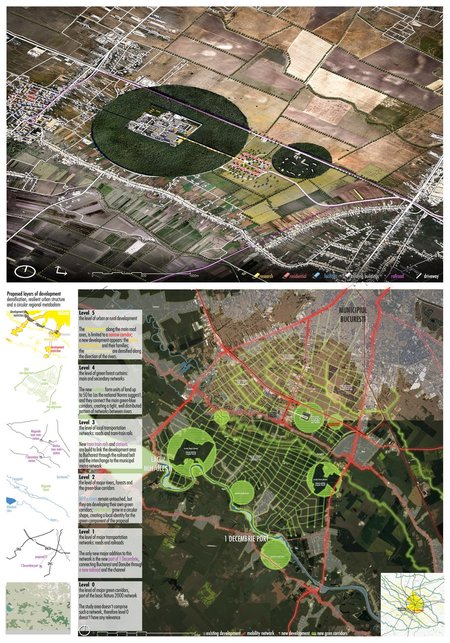 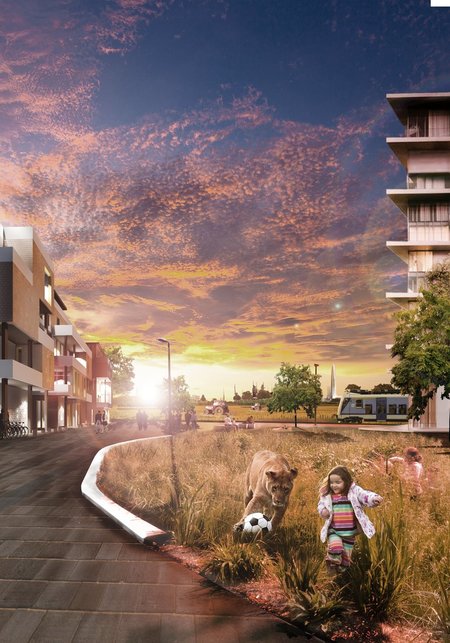